How to Take Risks, Make a Switch, and Find a Career You Love—From a Woman Who's Done It 4 Times

Ahyiana Angel wears many hats—as an author, podcast host, and chief encourager, she has proven her passion for helping others, and made a successful business out of pursuing that passion. Her journey is one with many twists and turns, woven together with the desire to be true to herself in whatever way possible. From running a successful jewelry company side hustle while working for the NBA (yes, the NBA)—to writing a book, having a blog, creating a podcast (and really, a movement), Ahyiana Angel has "paid attention" to her self through it all. Here's her story, with honest advice on how you can follow your own dreams—even when they're ever-changing.


I went to college thinking that I wanted to be a physical therapist, but—and people always laugh when I say “Do your research” but this is where research comes in!—I got into my first physics class and I was like, “What the heeeeck did I sign up for?! No, this is not me! I’m not even a science girl!” That was around when I realized  that [physical therapy] is almost like becoming a form of a doctor. Physics is a crucial part, biology is a crucial part, the sciences are something required to excel in this profession. I thought, “I better find something else and quick."

So, I went to the College of Business, and I ended up gravitating to marketing because it was more creative.

On Working for the NBA—And Her Big “A-Ha” Moment

I’d say that my interest in sports and basketball was...acquired. I happened to see an [open position at the NBA] online. It was based in entertainment, and I knew that I could do the job. So I applied for it. I ended up getting an email back, and they called me in for an interview.

I stayed there for six years. During [that time], I co-created a jewelry line and it started doing really well. It was featured in Italian Vogue and Nylon Magazine, Beyonce wore the earrings, people like Amber Rose…

At a certain point, I got bored with my job at the NBA, but that outside job sort of kept me going. It was like I was going to the 9-to-5 to fund what I was doing on the side and to make it possible for me to do more. But that's also when I really started to think, “Hey you know what, maybe I need to think about what I’m going to do next because this is not fulfilling enough in this capacity.”

[I started] entertaining positions at other companies. I did interviews and things of that nature, and then eventually I just had this a-ha moment. I thought, “Maybe these other positions at these other companies aren’t working out for a reason. Maybe I need to pay attention. I could take a PR position at another company, but I'm probably going to be equally as unhappy once the thrill of the ‘newness’ wears off.”

I realized I needed to go back to the basics in terms of figuring out what I was interested in. I knew that I was more of an artsy, creative person, but I had never really taken the time to nurture that. And that’s what you need to concentrate on.

I started thinking about what I was naturally good at, and writing was one of those things that just kept popping up. I realized as a publicist—as a good publicist, a well-rounded publicist—you have to be able to write. That’s the reason I gravitated towards PR. I enjoy writing. And I’m a creative writer. So that’s when I decided to explore the idea of writing a book.

On Writing Her Book, Preseason Love

It's important to let people know what you’re doing. You don’t have to scream it from the rooftops, you don’t have to tell everyone, but you should tell a few people that are close to you, and that you trust. I told one of my coworkers at the time that I had started writing and researching the process. I was researching everything from like how to write a query letter to how to get an agent—all these things I had no clue about. I started pitching agents and sending query letters, and had gotten a few interest letters back.

On a trip to Miami for NBA Finals, two things happened: one of the agents that requested a partial manuscript responded back to me. He said “I love the storyline, I love what you’re doing, but unfortunately I can’t represent you because as the manuscript is right now, I can’t take it to any of my editors." I was crushed.

[But] at the same time, that friend from work sent me [information about] this writing boot camp in Maryland. It was a very close timeline, but I figured out that I could get back to NY, take a bus to DC where I had friends, stay with them, rent a car, and go to Maryland to do this boot camp. Just thinking about it made me tired. But I decided, “If you really want this, you have to do something out of the ordinary.” So I did it. I signed up for that writing boot camp, and I basically met my publisher there.

On How to Find Your Own Career Transition

Once I made my transition, people became very interested in my story, telling me how they wanted to do something similar. They were really inspired by my journey, and I realized that there was this natural encouragement thing that I had going on that I had never really paid attention to before. It had always been there—people would always come to me, and I was always wondering, "Why are you coming to me? It’s not like I know everything."

I started to pay attention to those things [personally] and I realized that, although writing was great for me and it was a strength of mine, it didn’t allow me to connect with people in a way that was being required of me by the universe. I made the pivot, I switched the name, and I completely made the podcast all about Switch, Pivot or Quit. The way that people gravitated toward that change? Amazing.

Her Advice on Goal-Getting

Know your big goals, but don’t think of everything in terms of your big goal, every day. Start breaking it down, take it in smaller pieces. Because when it seems more approachable, that’s when you’re able to tap into your energy.

Once you make that big leap, and you don’t have a cushion to fall back on, you’re more willing to take chances. You’re more observant of what’s going on around you, who you are in this space, and what you probably need to be doing. You know, it’s been a journey, figuring all of this out, and getting to this place.

And the Misconception of Perfection

The other thing is perfection. It annoys me when people say, "Oh I haven’t launched yet, I’m not doing that yet because I want it to be right. I’m a perfectionist." OK, that’s BS. That’s an excuse. You’re letting fear hold you back because you know that you might not be good at it—but that’s OK. Most of us aren’t good at the things we start initially when we start them, especially if it's outside of your traditional skillset. You’re not going to be good at it in the beginning, but you have to give yourself a chance.

Walk us through your morning routine.

My mornings start around 7am. I typically don’t use an alarm clock to wake up unless I have something very important to wake up for like a flight! Otherwise, I just rise naturally. This has taken some time as I had to groom myself into being a morning person. I’m still a work in progress!

Before I do or think anything I repeat my favorite mantra just to set the tone for my mind and start my day in a positive space. Then I check my phone, but I try not to let myself get locked in—meaning I typically just look at the screen and make a note of any alerts, but I don’t start opening apps just yet.

Then, I make my bed and sit down to do a bit of daily journaling—including writing what I’m grateful for, a few affirmations, and things that I’d like to be accountable for during the day. You can download an exact copy of what I do and more via the Plot Twist Journal.

Then I head over to my chair in the corner of my room, where I sit in moments of silence and meditate, before turning to my book of the moment to read a few pages. I’m usually reading to learn or be inspired.

Finally, I go through a set of affirmation cards, which I love. They’re just like flashcards and they give me reminders of how capable I am.

After I’m done with me time, I check my phone and start going through my apps checking my schedule, emails, social media, etc. In between all of this, I try to drink as much water as I can. Once I pry myself away from my phone I slip into my workout gear and get in a quick workout, eat a quick bite (typically Great Grain cereal) and shower for the day. 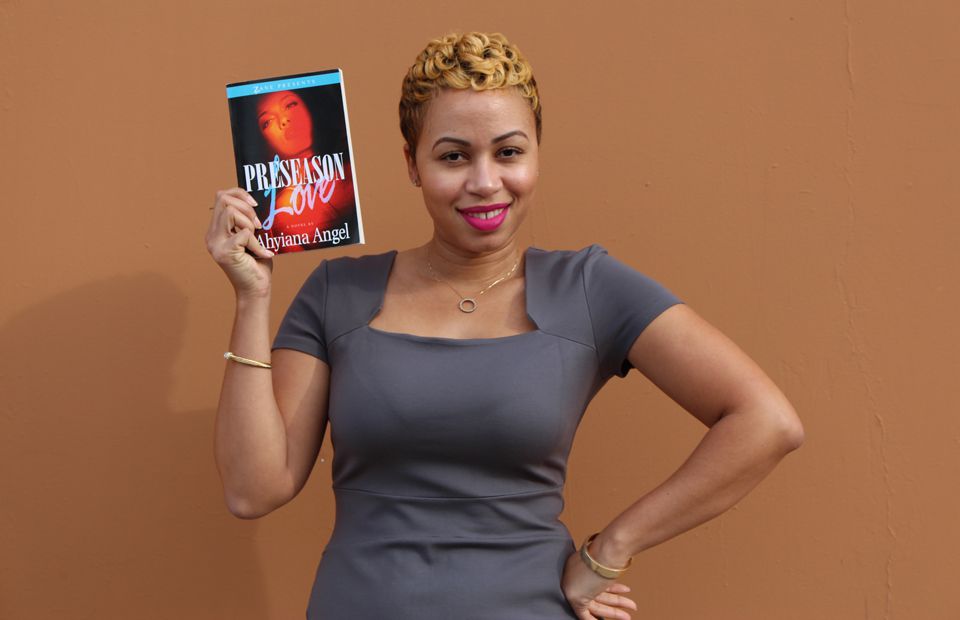 Favorite podcasts (besides your own!)?

Paley Park—it has a waterfall that offers a little piece of mind and escape from the city. It was close to my old office, so I would sit out there during lunch sometimes to clear my head.

What’s a ritual you have to psych yourself up before a big event or meeting?

Pretty simple, I just get quiet and affirm specific things to myself so that I can get hyped up with an attitude of “I got this!” 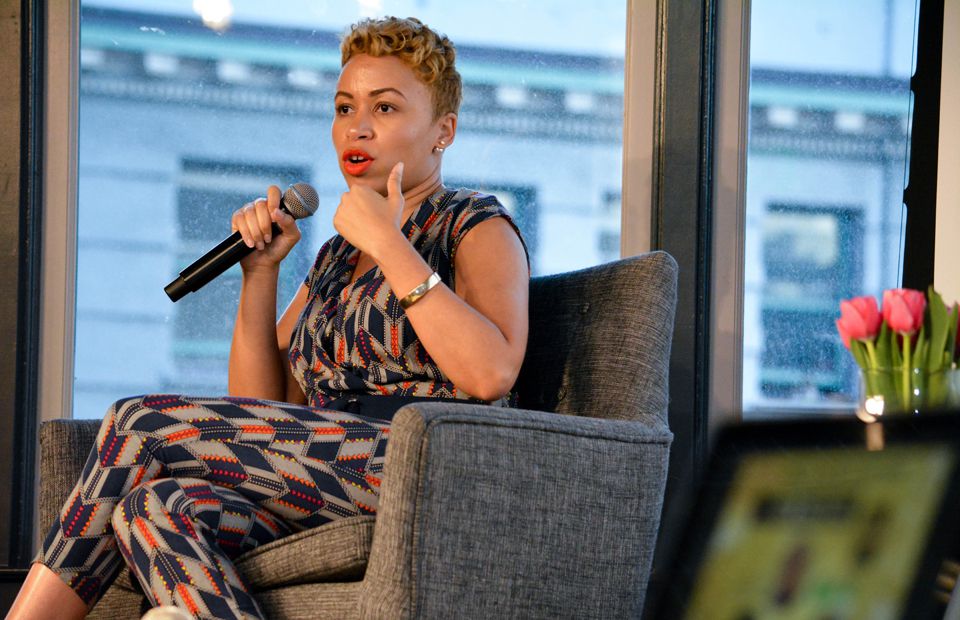 One thing you wish you’d known when you quit your job to go it alone?

I should have done more work to build my personal brand. And known that the journey wasn’t going to be seamless and easy.

Love a good facial or massage. All is right in the world after.

The must-have apps on your phone?

What's next for you?

I’m excited about 2018. I have a lot of new opportunities coming my way, especially with honing in on the podcast and on the Switch, Pivot or Quit strategy sessions, and really focusing my work on how I want to make an impact with other people. I see a lot more panel and speaking engagements, just getting the message out there and opening up the dialogue.

I eventually want to do workshops with Switch, Pivot or Quit, and probably open an office where I’m able to actually invite people into the doors when they’re going through these times, so that they can know that they’re not alone. It’s all about podcasting and continuing the message of Switch, Pivot or Quit. 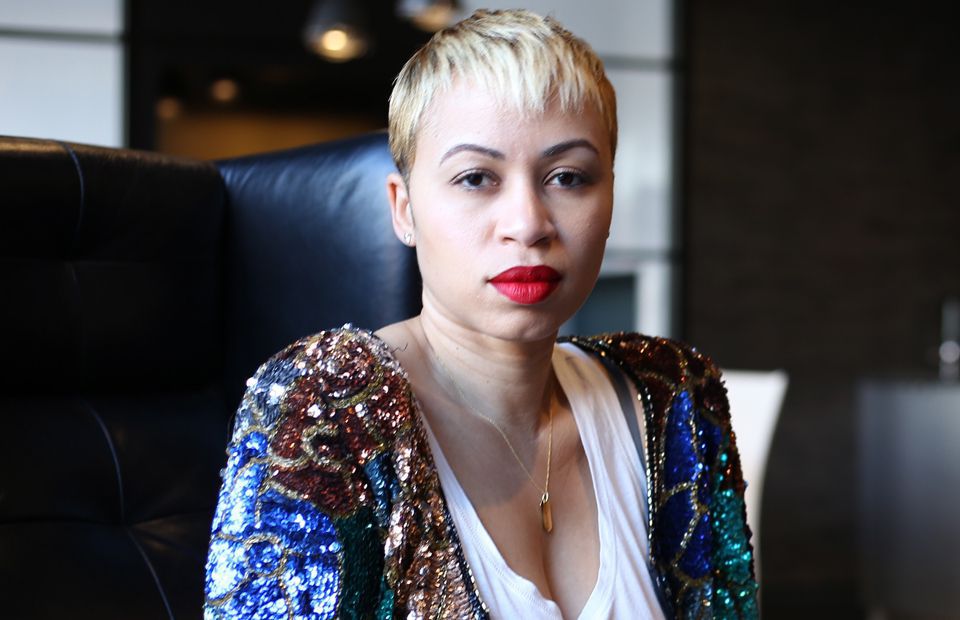 Women, Work, and What It's Like to Write With Your Best Friend—From the Authors of The Ambition Decisions

1
Creating Content That Empowers Audiences with CNBC's Digital VP and Managing Editor
2
Working Creatively From Home with Cathy Heller
3
Women, Work, and What It's Like to Write With Your Best Friend—From the Authors of The Ambition Decisions
4
A Director at Pandora on Staying Present, Celebrating Others, and Learning From Failure
5
Meet goop's Chief Content Officer, Elise Loehnen
6
A Journalist on Forcing Conversations in the Workplace—Even if They're Uncomfortable
7
The POLITICO Exec Changing the World Through Face-to-Face Conversation