How to Face Your Lack of Confidence, According to a VP of Talent

May 22, 2017
"You have so much confidence!" I couldn’t suppress a laugh. "I don't know about that," I said with a perceptible eye roll. “Well then, you're really good at faking it.”
There it was, I was discovered. My boss now knew I was a fraud. But then she said, "That's not a bad thing. I'm scared a little bit every day as an entrepreneur. But we either have to learn and get out of our comfort zones or lose out on our dreams."

This conversation on the New York City subway with my then mentor seemed miniscule at the time. I was an intern, still finishing school, with other things to focus on besides taking risks at work. Now, two years post-graduation, I see what she meant.

There’s a good chance that if you’re a. reading this and b. a human being, that you’ve questioned yourself from time to time. It's common to feel judged or not good enough, but the resulting lack of confidence plays a very specific role in the workplace. While there is quite a bit of advice on how to work towards a more confident you, it never hurts to dig deep to determine the cause. Understanding your triggers will help you address them head-on and make confidence a natural part of who you are.
Psst, we worked with a confidence expert on a video training. Register to watch it and you'll get access to a downloadable resource as well:

Start By Acknowledging It’s Not Just You

Everyone experiences moments of inadequacy. Well-known professional women like Mindy Kaling and Lena Dunham have famously admitted their most challenging moments and maybe more importantly, continue to speak out about them in face of cyber trolling and criticism. In an interview with Glamour, Kaling shared her advice for “faking confidence,” and shedding light on an issue that affects everyone, but maybe particularly women: “The scary thing I have noticed is that some people really feel uncomfortable around women who don’t hate themselves. So that’s why you need to be a little bit brave.”

In other words, there’s a reason why you hear “Fake it til you make it,” so often. It’s great advice. But to “fake” something implies that you’re in some way inadequate and that doesn’t exactly break the timidity cycle. That’s why it’s also important to address insecurities and accept the fact that confidence may take a little more work.

Turns Out, You Can Actually Practice Self-Confidence

Kelly Poulson, a VP of Talent at Allen & Gerritsen and a Career Contessa mentor, explains it this way: “I’m lucky enough to recognize those moments of doubt when they appear and don’t let them stop me from speaking up or going after what I want. Too often, people assume what they’ve got to share won’t make a difference and keep it to themselves.”

Once we understand that our confidence is in fact a hindrance to us, we can look deeper to work towards becoming the version of ourselves we may have never known could even exist.

Like most roadblocks in life, continuously pursuing your goals everyday to improve is the best strategy. After all, practice makes perfect right?

You’ve probably heard of imposter syndrome, which more or less amounts to giving into perceptions (usually false) that we aren’t good (or smart or pretty or fun...) enough. The feeling happens at work particularly often.

Start Choosing to Take Risks, No Matter How Small

When speaking about her successful work with a client, Kelly mentioned “She (the client) took the bold step of moving on from her role and finding work she truly enjoyed. And that’s not to say all doubt has disappeared, but when the end game is something she’s truly passionate about and interested in, she’s willing to conquer the doubt to get there.” Sometimes a plan doesn’t have to be as extreme as quitting a job or moving cross-country. Choose to make an effort, then slowly and steadily grow your confidence through practice.

On Forbes, Margie Warrell describes research suggesting that human brains can be rewired in ways that affect thought and behavior at any age. “No matter how timid or doubt-laden you’ve been up to now, building self-confidence is largely what psychologists called volitional. Or to use layman language: ‘By choice.’”

Self-doubt is a symptom of many factors that vary in severity from person to person. While it may not apply to everyone’s situation, it is encouraging to know that change could be possible.

“I often ask clients to tell me about a time when they conquered something they thought they couldn’t, to talk to me about what it was about them that got them through that experience successfully,” says Poulson, “[Then I] remind them of their overall badassery (that is a technical term!) and ask them how those skills will also get them through whatever challenge they are currently facing now. If that’s too tough, I might suggest that they reach out to those closest to them to have them ask what do people find most inspirational about them or their strengths. Sometimes hearing it from those closest to you allows you to hear it in a way that you might not be willing to from yourself.”

Most importantly, we don’t have to go it alone. Asking for help to discover why your feelings of doubt exist will only help in the long run.

Speak Up When You Spot a New Opportunity

On some occasions, a lack of confidence can cost professionals their career advancement, whether it's a promotion, international opportunity, or other something else. While it’s not guaranteed that these tendencies will ruin your career, confidence can only help. The ability to advocate for yourself and communicate efficiently with colleagues about your worth can help others have confidence in you and often, you gain their trust in return. “It’s fairly common that people don’t speak up about opportunities they are interested in because they feel like they aren’t good enough and miss out on chances to progress in their careers,” Poulson explains.

Recognize That As a Woman, You Might Have More Work to Do Than Men

Why does that seem to always be the case? But seriously, much like the gender pay gap, there’s also evidence of a confidence gap. In The Atlantic, Katty Kap and Claire Shipman explain its role in the inequalities women may face throughout their careers. “We began to talk with other highly successful women, hoping to find instructive examples of raw, flourishing female confidence. But the more closely we looked, the more we instead found evidence of its shortage,” the authors said.

Poulson agrees that we’re facing a bigger task. “I think we all battle these demons. Men or women. It’s just that men seem less phased by the willingness to try or are less willing to discuss it openly,” she says. “Women need to be mindful of what gets in their own way, internally, environmentally, or otherwise.”

Find Confidence In Other Areas Than Just Work—It All Counts

If your biggest challenges feel too daunting to face right away (like asking for a raise or speaking up in front of your boss), focus on something unrelated, like the physical tasks that improve brain power and get your body moving. Poulson says that doing something as simple as walking your dog, strength training, or any activity you’ve never done before may seem menial, but it begins to train your brain and body to accept new things, increase endorphins, and leads to a more positive perspective overall. She also suggests following Amy Cuddy's advice in Presence and reading her research on power poses and body language. “Be mindful of how you carry yourself. It can impact how you’re feeling and experiencing the world around you. Not to mention the cues you’re giving to those around you.”

Maybe the biggest challenge with self-confidence is overcoming the stigma around admitting that you're feeling self-conscious or untalented. “Be open about the challenges you face,” says Poulson, “Find mentors, friends, colleagues and people you can openly discuss these things with to start yourself off on the right foot. Finding the right partners and guides can make all the difference in your experience.”

Like most concerns in life, there isn’t a one answer to becoming more confident. Start by staying the course and making these tiny changes here and there. Who knows? Maybe you’ll surprise yourself.
Want to remember these key steps to finding confidence? Pin this for later! 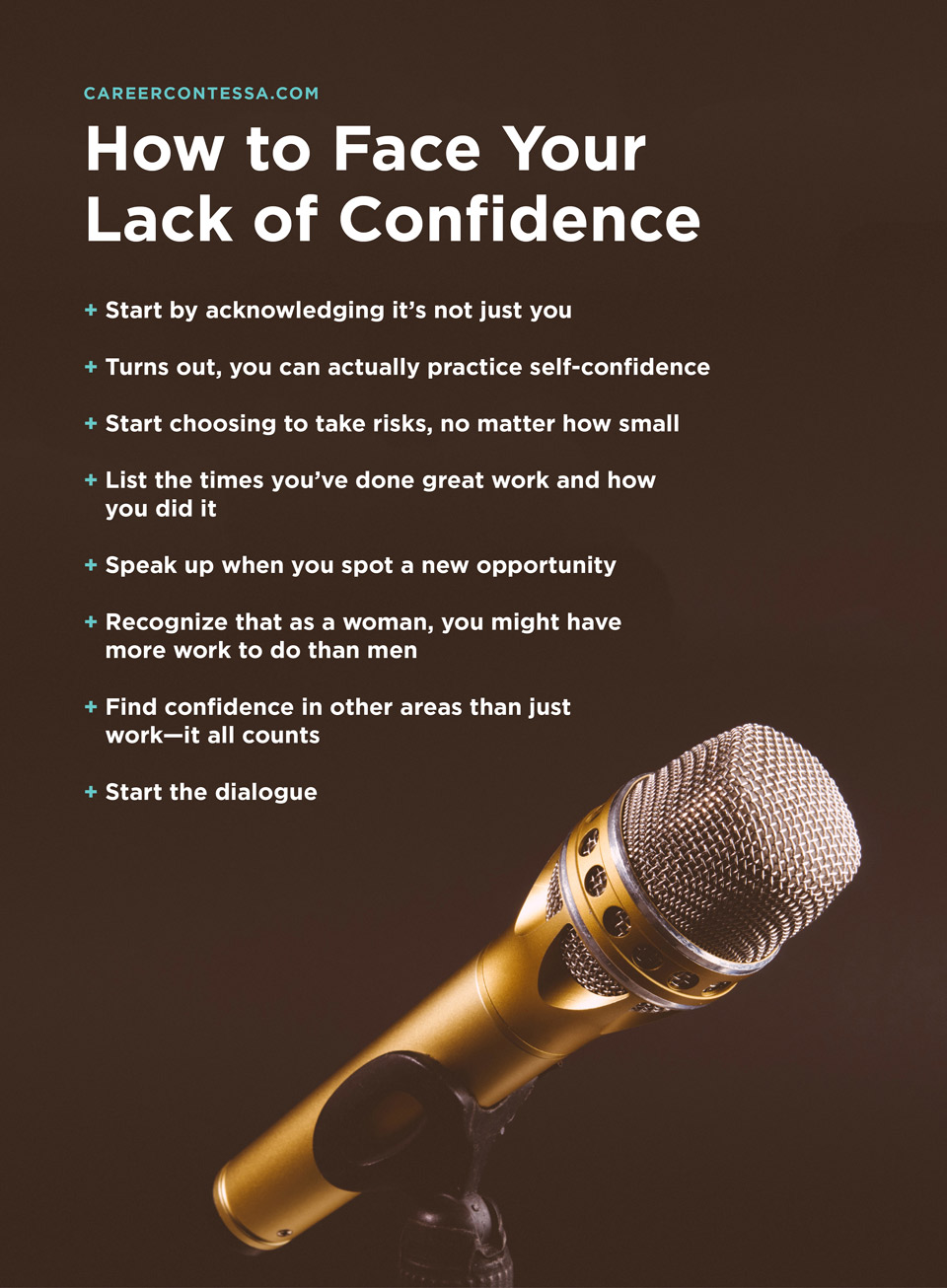 Have you conquered a lack of self-confidence at work? What techniques did you use? 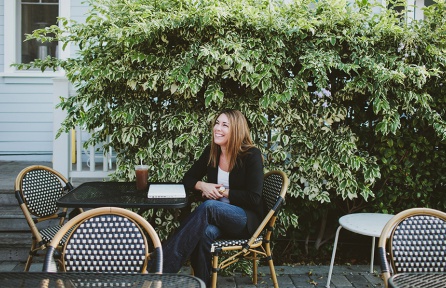 What's Career Awareness—And Why You Need It 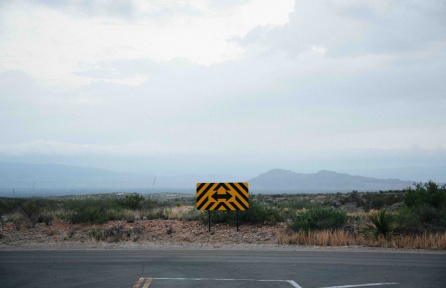 The Decision-Making Skills You Need at Work 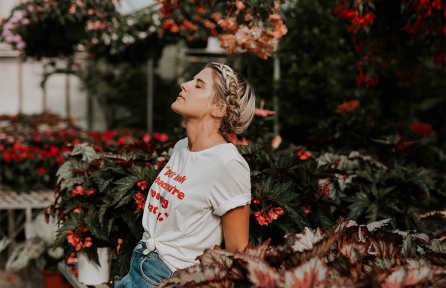 What is Human Design?

1
What's Career Awareness—And Why You Need It
2
The Decision-Making Skills You Need at Work
3
What is Human Design?
4
The Rise of the Digital Nomad—How to (Successfully) Work From Anywhere
5
4 Tips on How to Resign Gracefully
6
How to Switch Careers in Six Months or Less
7
Maneuvering Your Career Shift—The Ultimate Guide