An Interview with Ramya Raghavan, Head of Brand and Reputation Marketing at Google

It’s time to celebrate. This month, we’re toasting our second anniversary by inviting some of our favorite Contessas to share what they’ve been up to since we last talked. Spoiler alert: they’ve accomplished some pretty cool things.

We’ve got a handful of other festivities planned too. Keep an eye out for some great best-ofs, throwbacks, and new topics on the site and join the conversation with #CCTurns2. Cheers!

When we last spoke with Ramya Raghavan in April 2014, she was leading politics and causes for Google+ at the company’s California campus. Not a bad place to land for any politically-charged millennial, but Ramya’s never been one to resist a new challenge. Cut to 2015, Ramya is leading Google's brand and reputation marketing for Europe, the Middle East and Africa. She hasn’t just transitioned roles, she’s taking on entirely new continents.

Today, the new London resident spends her days reminding people why they love Google. Recent projects include helping young Parisians find fun things to do in the city, and working on the now-famous Google Doodles. Under the diverse umbrella of brand and reputation marketing, Ramya combines her love of politics with her passion for innovation, using Google products to tell a story.

Of course, there are always a few hiccups that come with any job change, particularly one that involves packing your bags and moving to a whole new country. During her time with the company’s London office, Ramya’s had a crash course in comparative politics and workplace cultures. See how she’s navigated the international transition, and get the scoop on her favorite night out in London.

Congrats on the new position! How did you know this opportunity was the right choice for you?

To me, one of the most important things in a role is one where I can have impact. When I saw the opportunity to work abroad (something I’ve wanted to do for a long time) and to work in a position where I felt I could make a difference, I went for it.

For the majority of my Google career, I’ve worked in marketing so the move wasn’t a drastic departure. I’m still involved in politics (for example, I was excited to work with our UK team on a Google Trends project around this year’s election) but I’m also working on more classic marketing projects like how to use the Google Search App to help young Parisians find amazing things to do around the city.

How did you find your new role?

The nice thing about working at a global company like Google is that you get to work with people from all around the world, no matter where you’re based. In my previous role at YouTube and Google+ I was able to build relationships with members of our European team. When I decided I wanted to work abroad, they were really helpful in helping me find the right role that matched my skills and experience. I didn’t have formal interviews but I did have several conversations with people on the team before I made the move to make sure it was a good fit.

What did you do to prepare for your new position?

I had to learn how to listen more. In the U.S. I was spoiled by the fact that I natively understood the cultural nuances, consumer behavior and political climate. When I started working in EMEA, I realized I needed to listen much more to local colleagues and users, which was a humbling but valuable experience.

I also read a lot of news from a wide variety of sources to understand the issues facing Google and the industry in Europe, as well as research reports that show how consumers are feeling against a variety of brand metrics. And I ask questions every day because it’s better to feel a bit stupid for a minute than miscalculate something that could have long-term effects. 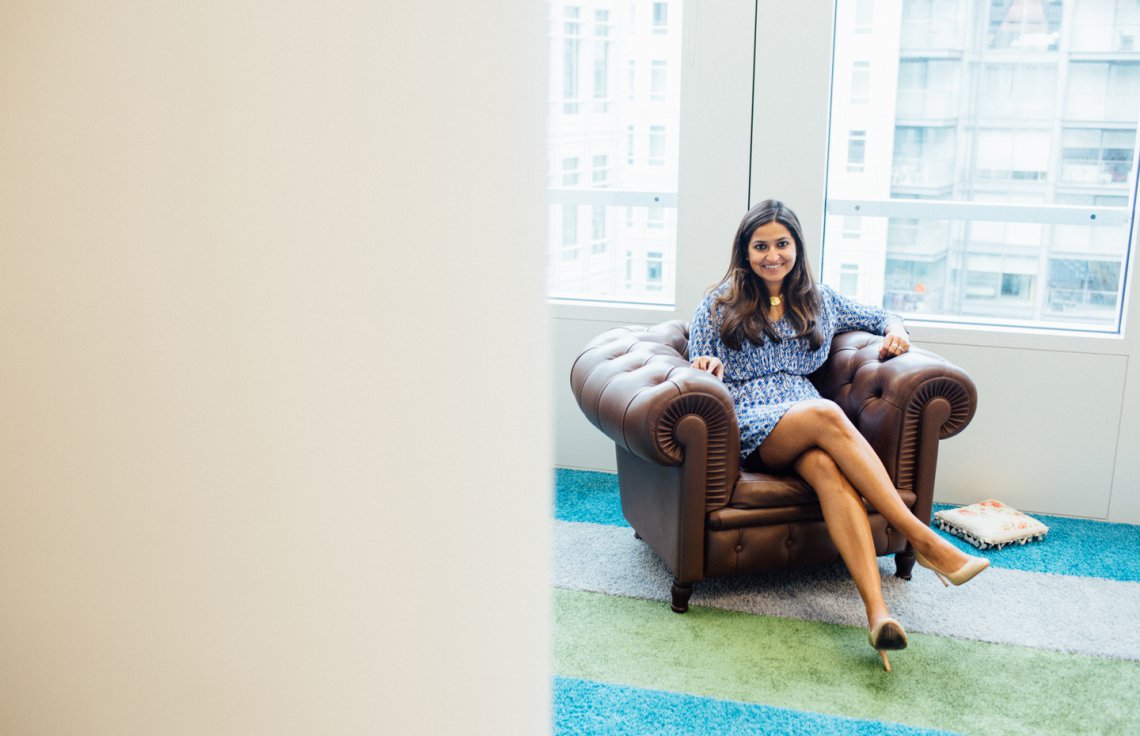 Tell us about the move to London!

It’s been amazing. The culture in the London office is great and I feel like I’ve made a lot of friends in the short time I’ve been here (pints after work is common practice and my team takes birthdays very seriously -- they staged a campaign rally for mine in honor of my political background). The whole marketing department in London sits on the same floor and while we’re a bit packed in like sardines at the moment (sometimes it feels like you need a special algorithm to find an open conference room) it’s really nice to be able to just walk down the hall to talk to someone in events or YouTube. It makes it feel like we’re all part of the same big team.

My work/life balance has improved since moving and not only because my commute is now a 20-minute walk instead of a 90-minute shuttle ride. People take their time off seriously. When I first moved here, I was sending emails on the weekend and my manager actually asked me to stop because he said it was creating a chain reaction where others might feel compelled to respond during their time off. It was a healthy wake-up call for me -- these days, I work at a pretty frenetic pace while I’m at the office but leave my weekends and nights free for travel, friends and family.

It’s cliché to say that every day is different but it truly is. To give you a flavor, last Friday, I joined a creative review with an agency about a project our German team is working on, went through hundreds of out-of-home placements for a campaign we have coming up in London, discussed the agenda for a big event we’re organizing in Brussels, left the office for a meeting with the Financial Times and had a raclette sandwich at Borough Market for lunch. I love being able to get out of the office when I can and working in the heart of a city like London makes it really easy to pop over to a partner or agency and get a bit of fresh air.

I’m surrounded by super-smart, talented people so my leadership style is often to get out of the way and let them do amazing work, until they face issues or roadblocks. A Google exec once said that a great one-on-one involves a manager asking three fundamental questions – 1) What are the most important things you’re working on? 2) What are the biggest issues you’re facing with them? 3) How can I help?

How do you maintain Google’s image and brand?

My colleagues in PR are on the front lines when it comes to responding reactively to crisis situations. My job is about proactively reminding people why they love Google and our products. In EMEA, a big piece of that is also reminding people that we understand what’s important in local culture. One of my favorite ways in which we do that is through Google Doodles. I love that Google feels comfortable changing its logo on a daily basis to honor major events, icons and people around the world -- it fits with our goal of helping people find information and shows we don’t take ourselves too seriously, which is a big part of the Google brand DNA.

What do you look for when hiring new employees?

I like to get a sense of a candidate’s past experience, such as asking questions that usually start with something like, “tell me about a time when you...” as well as his or her ideas on how to shape the role in the future. I know that Google is famous for the “how many ping pong balls can you fit in a school bus” type question, but I’ve learned that those aren’t necessarily a good indicator of how well someone will perform when they’re actually in the role.

In employees, I admire the ability to operate both strategically and executionally- understanding and questioning the high-level thinking behind why we’re doing what we’re doing and having the ability to actually get sh*t done.  I also admire a positive spirit that shines through in tough times (Eurostar is delayed by 3 hours, an exec wants a presentation the next day, the coffee machine is broken, etc.). 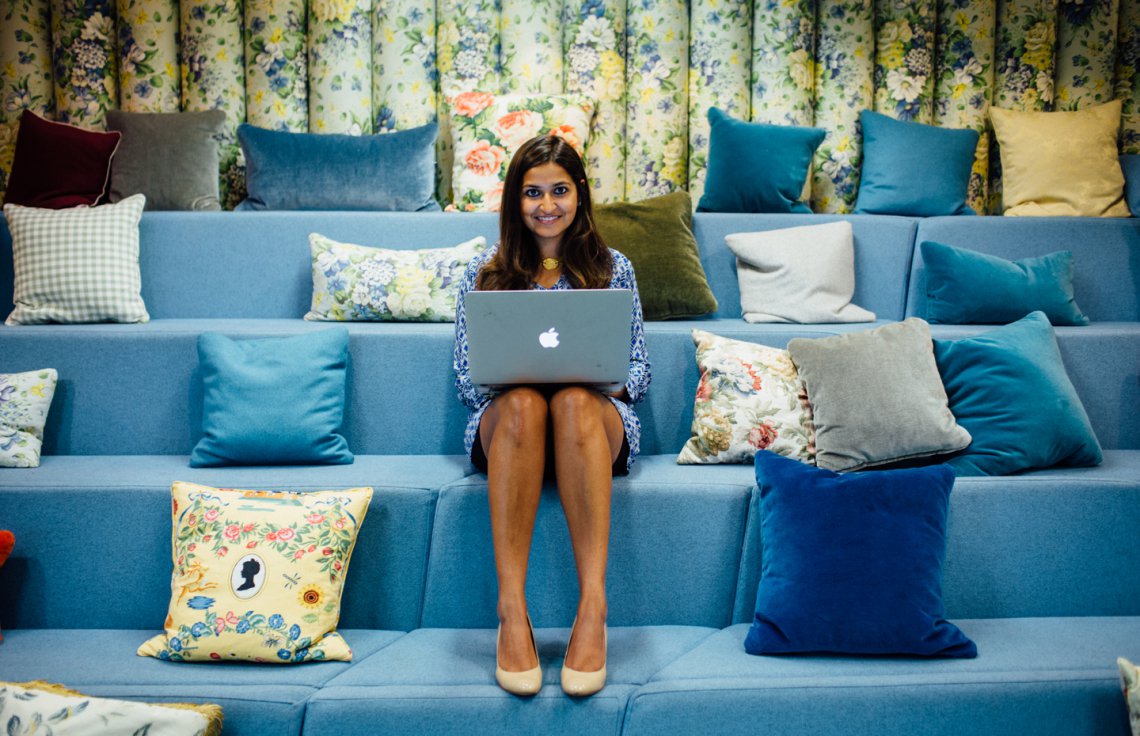 How do you know when it’s time to move to a new role?

I think there’s a point that comes when you feel like you could do your job in your sleep, and while it feels amazing to master something, it’s also probably time to move into a new position where you can keep learning new things.

The other thing that I try to keep in mind is that there are a lot of different ways to develop your career. At Google, where you have a lot of really high achievers, it’s easy to get fixated on reaching that next rung on the hierarchical ladder, but growth takes a lot of different shapes. Recently, I’ve thrown myself into a lot of projects where I don’t know exactly what I’m doing, from organizing consumer focus groups to understanding how the hell to use Snapchat. It’s uncomfortable but energizing. I think that’s how things should feel.

Last time you mentioned your love for politics & causes. How does your new role reflect that? How do you keep “imagining and innovating” in your career?

I still get to work quite a bit on politics and causes, but I focus more on Brussels, the center of government for the European Union. It’s interesting to take what I’ve learned about government in the past and apply it to a new set of players in a different landscape -- I never took comparative politics in college but I’m getting a crash course now!

My current role encourages creative thinking, working with our Creative Lab team + a variety of agencies, finding interesting ways to tell stories with our products, and I am realizing how much I value that in a job. The innovation piece makes it really fun to come to work every day.

And finally, what do you wake up looking forward to? What’s next for your career?

Exploring new places, spending time with the people I love and not getting too comfortable.

In terms of what’s next, I’d love to spend more time tackling the issue of diversity (or lack thereof) in technology. Google and other companies publish their annual diversity numbers and it’s clear we have a long way to go to build a more representative industry that includes, and champions, women and people of color. 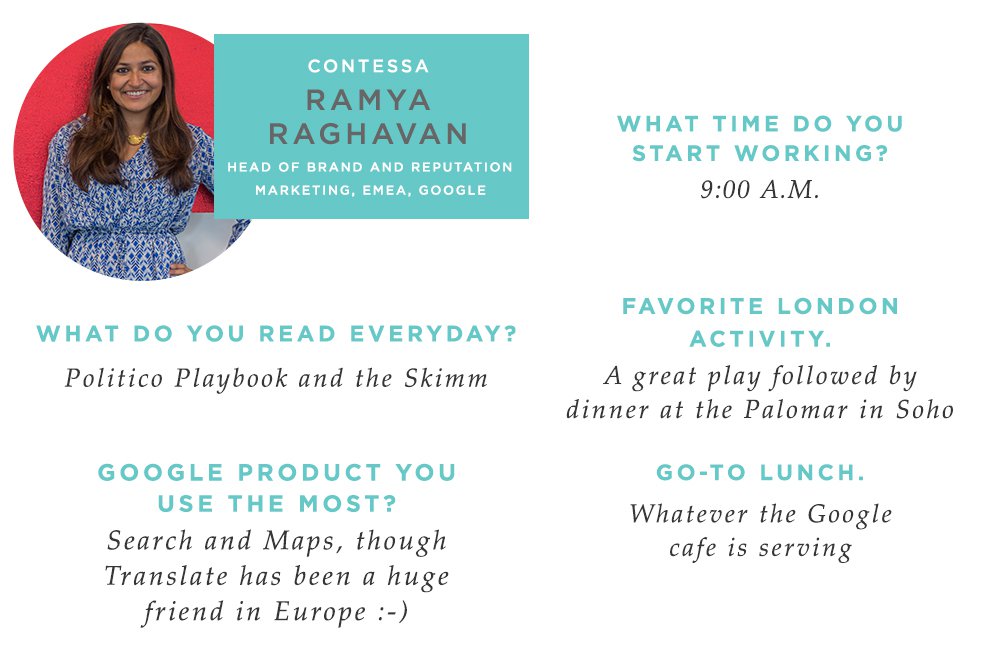 Sharing Stories as a Software Engineer

1
Sharing Stories as a Software Engineer
2
Creating Impact with Apple
3
Salesforce’s Senior Vice President of Sales on Unconscious Bias, Failure, and Innovative Leadership
4
A Tech Founder on Why Being an Outsider Is a Strength
5
A Director of Engineering on Tech + Leadership
6
Omoju Miller—Tech Veteran, Leader, and Volunteer Advisor to the Obama Administration—on The Crucial Role of Creativity in the Tech Industry
7
This Serial Entrepreneur's Motivation Is Completely Rooted in One Virtue—Empathy